Kia has unveiled a concept of a brand new SUV aimed at the Chinese market… but it could also provide a hint about a B-segment SUV that may sell in other parts of the world, including New Zealand.

The KX3 made its international debut at the recent Guangzhou Motor Show, one of China’s largest auto gatherings, displaying a new interpretation of the brand’s unique Tiger Nose grille.

While it is the product of the joint venture operation in China, Dongfeng Yueda Kia (DYK), the KX3 concept is clearly a member of the worldwide Kia family, designed to fit within the company’s dynamic and stylish range.

Kia Motors has already informed key automotive media that it is working on a compact SUV for the B-segment that will be released into worldwide markets within the next 18 months, and is likely to be hybrid-only.

As the popularity of SUVs continues to grow globally, the high ground-clearance of the KX3 concept and chrome-look body cladding around the lower side of the vehicle suggest good four-wheel drive capabilities and adventurous performance.

The result, according to Kia, is a “stylish, athletic-looking compact SUV, promising both a high degree of practicality and a great drive”. 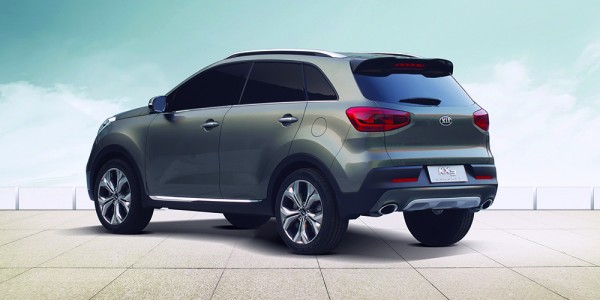 Inside, the cabin features high quality materials and refinement, along with entertainment and connectivity technology that will appeal to young, tech-savvy drivers.

Kia has yet to confirm whether the KX3 concept will be put into production for the Chinese market through its DYK joint venture partnership.